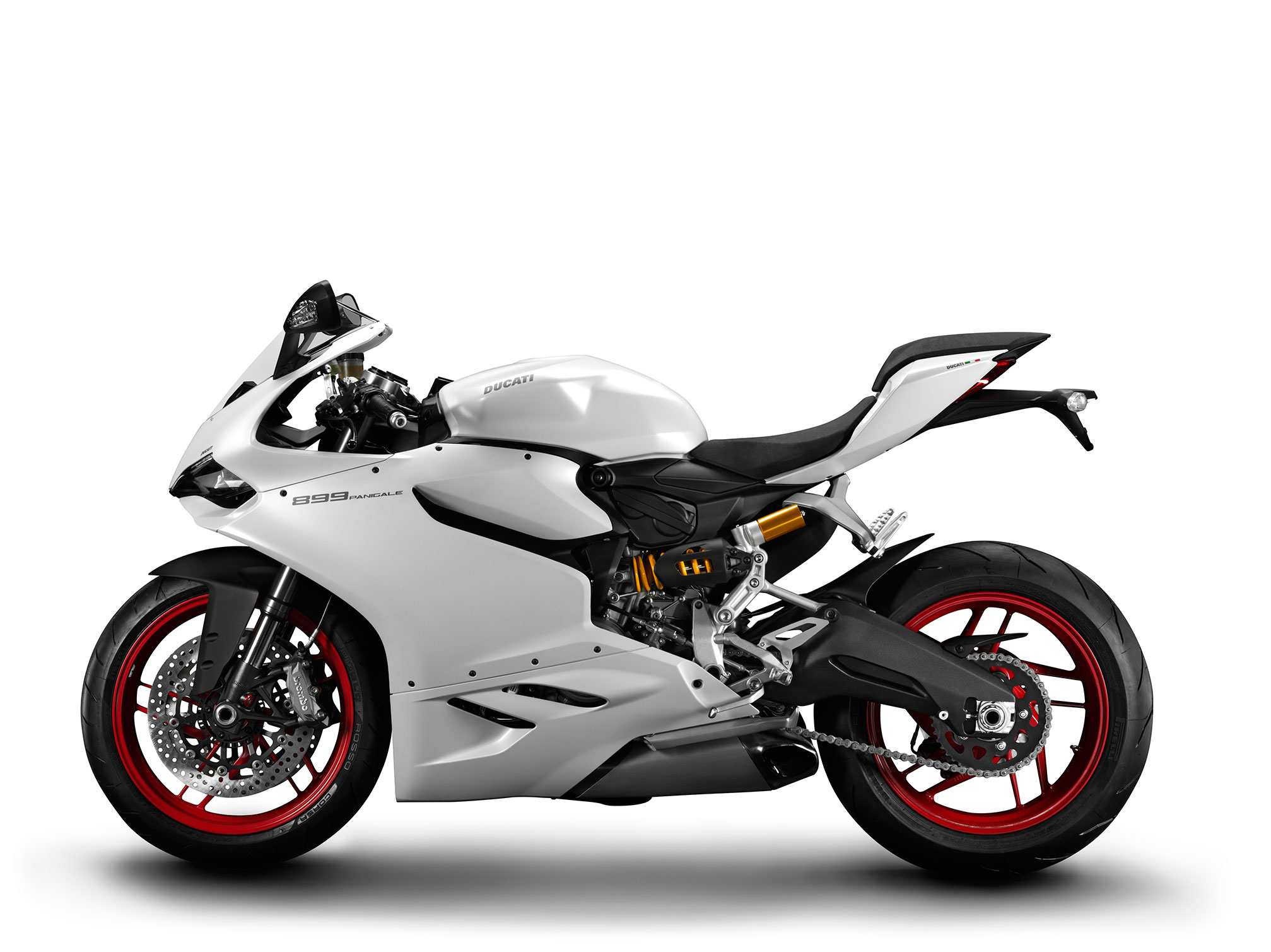 The Ducati Panigale is a family of sports motorcycles manufactured by Ducati[1] since 2011. The "Panigale" is named after the small manufacturing town of Borgo Panigale.[2] All motorcycles of this series use a monocoque frame (the engine is a stressed member, replacing Ducati's conventional trellis frame).[3]

The Ducati 899 Panigale is a 898 cc (54.8 cu in) sports bike released in 2013 to replace the 848.[1] It has a 148-horsepower (110 kW) version of the engine in the previously released 1199 Panigale. Claimed dry weight is 169 kilograms (373 lb).[2] The 899 has a conventional two-sided swingarm, unlike the 1199 which has a single-sided swingarm.[3] The unconventional decision to use a two-sided swingarm on a superbike from Ducati was made because of the substantial upgrades added to the bike including electronically adjustable anti-lock brakes, traction control, electronic braking control, and a quickshifter. This is the first medium-sized Ducati that uses the Superquadro engine.

The 899 surprised observers by topping sales charts for all motorcycles in the UK for December 2013, at a price five times higher than the number two seller, the Honda CBF125 — a situation compared by The Telegraph to the Ferrari California outselling the Ford Focus.[4]


To help you find the best Track Day parts for your Ducati 899 Panigale take a look below at a few suggestions chosen from our stock of high performance parts.