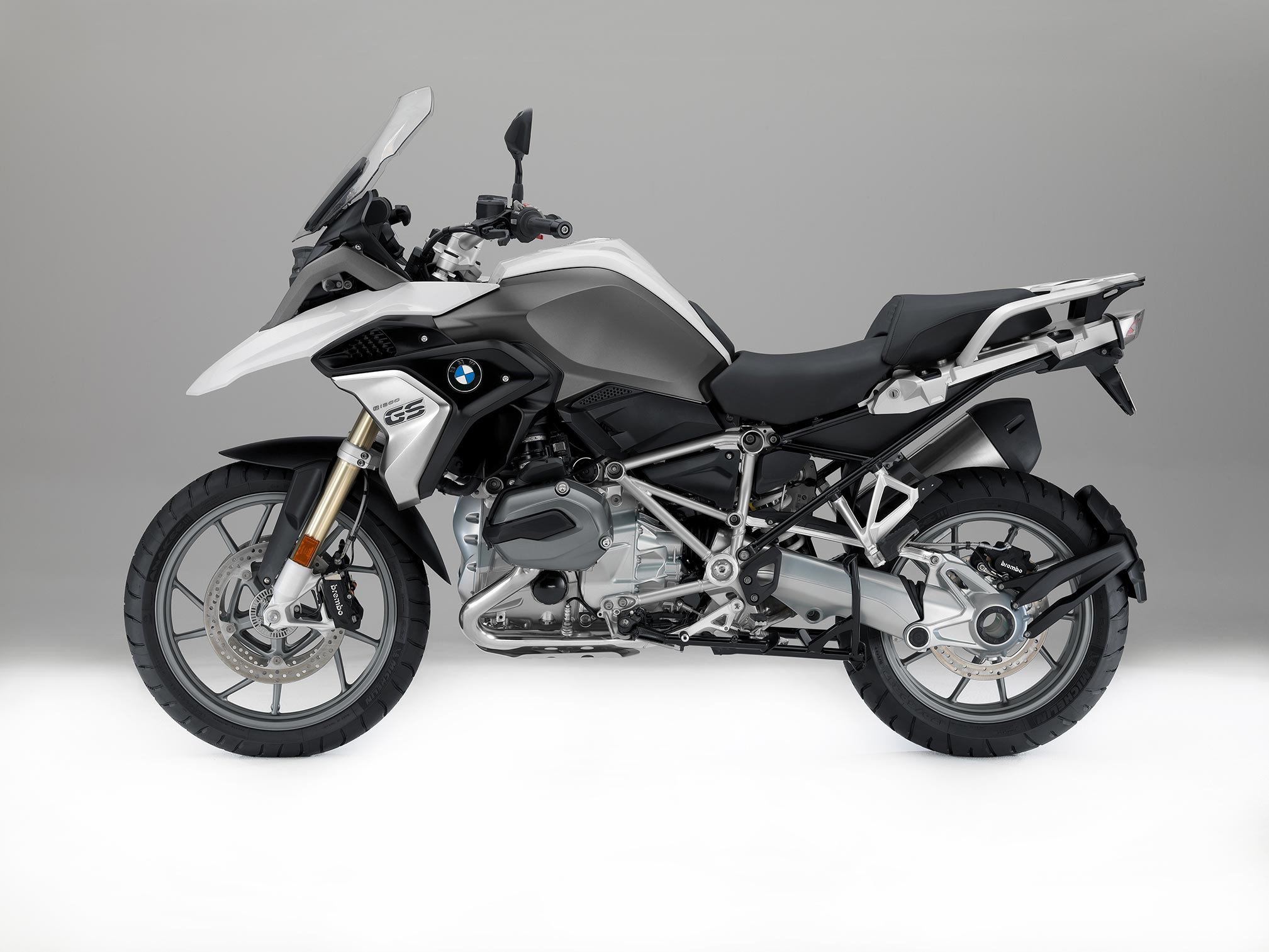 Although the 2013 model has since proved itself, it had a somewhat shaky start. In the UK, the R1200GS has been subject to various DVSA vehicle recalls covering the front brakes, anti-lock braking system, throttle cable, fuel pump, clutch, final drive assembly, brake pipes, and gearbox;[12][non-primary source needed] and similar recalls have been issued in other countries.[citation needed] Early journalistic reports described the bike as having a front end "head shake" or speed wobble,[13][14] and deliveries of the motorcycle were halted while BMW revised the front end geometry.[15][16] The 2013 model was also the first BMW to have the shaft drive on the left side of the bike.

For the 2014 through 2016 model years, there were incremental annual updates, including adjustments to road handling, and adding options such as LED headlights, keyless ignition, a quickshifter, an anti-theft system, and another lower seat option. A new ABS mode available as a software update allows safer braking while cornering.

For the 2017 model year the bike was given a facelift, with technical changes to meet European EU4 regulations. Side reflectors and an on-board diagnostic (OBD) indicator light in the cockpit to indicate a malfunction were added. Like the R1200GS Adventure, all liquid-cooled boxer models were given a damper on the transmission output shaft. The selector drum actuator, transmission shafts and transmission shaft bearing were revised. The GS was also given a new crash bar option, allowing cylinder protection covers to be mounted, as had been standard on the Adventure.


To help you find the best parts for your BMW R1200GS take a look below at a few suggestions chosen from our stock of high performance parts.