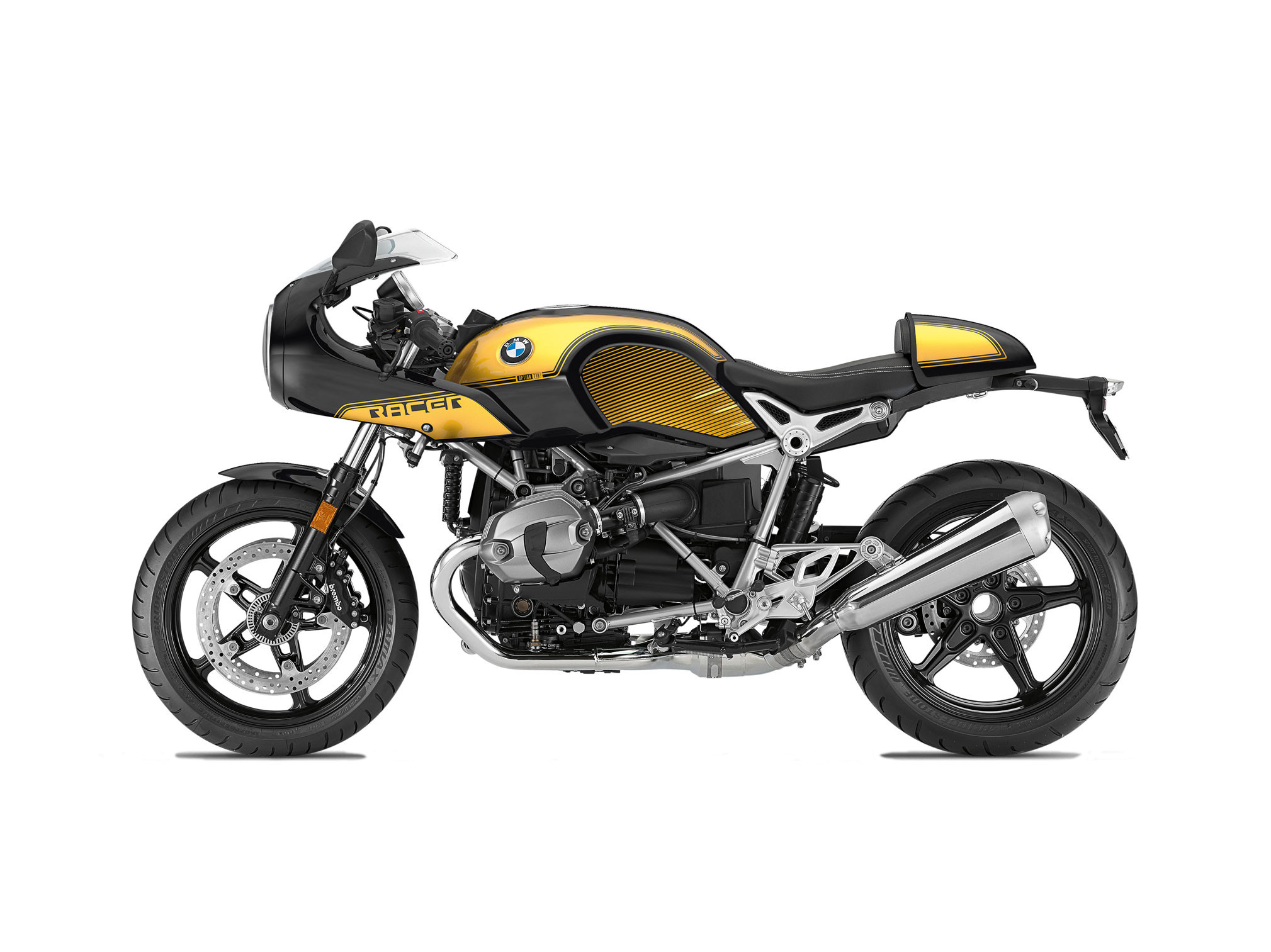 The BMW R nine T is a standard motorcycle introduced by BMW Motorrad in 2014. It is a retro styled roadster viewed by many custom builders as a "blank canvas for customizing".

All models have Anti-lock braking system (ABS). Automatic Stability Control (ASC) is available as an option.

The BMW R nineT has several design elements configured to allow the bike to be easily modified, such as separate engine and chassis wiring harnesses and minimal bolts attaching the rear subframe, tail lights, and headlight.

All variations have an air/oil-cooled "oilhead" flat twin "boxer" 1,170CC engine, which has the inlet manifold at the rear of the cylinders and the exhaust at the front. The oilhead is arguably more suitable for customisation as it has a more "conventional" appearance than the new water-cooled engine.

As of 2017 there are five different variations of this motorcycle:


To help you find the best parts for your BMW R NINE T take a look below at a few suggestions chosen from our stock of high performance parts.