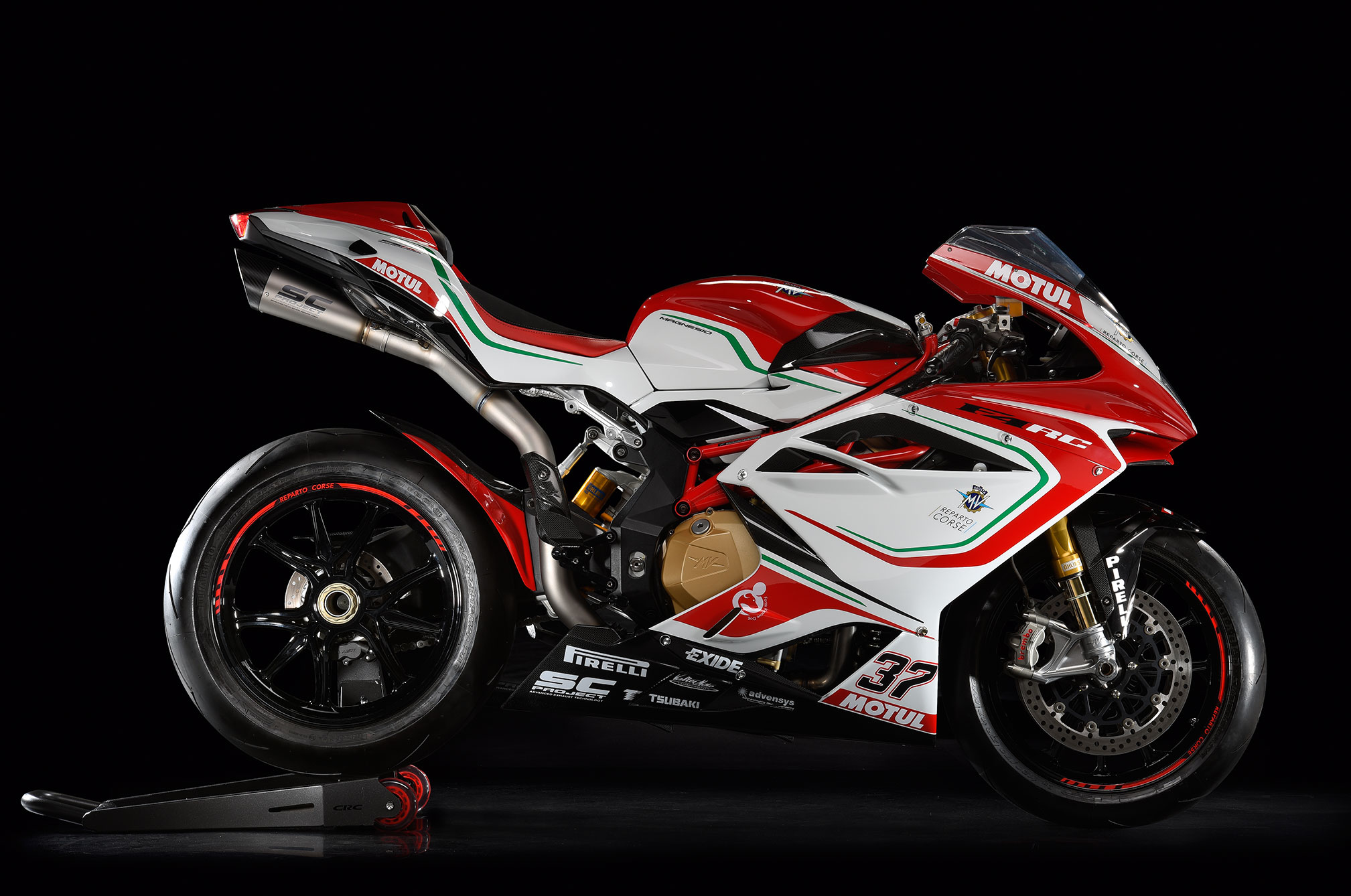 The MV Agusta F4 is a four-cylinder sport bike made by MV Agusta from 1999 until 2018.[1][2] It was the motorcycle that launched the resurrection of the brand in 1998. The F4 was created by motorcycle designer Massimo Tamburini at CRC (Cagiva Research Center), following his work on the Ducati 916.

In 2010, the new F4 was introduced. The engine, whilst retaining the bore and stroke and 16 radial valve layout of the previous engines, was extensively redesigned. Changes include a new crankshaft, lighter conrods, shorter inlet tracts, titanium inlet valves, twin injectors, oil pump, deeper sump, cooling system and generator.[60] The new unit produces 186bhp (137 kW) at 12,900 rpm.[61] A new frame was used that was lighter but more rigid than previous models. The swing arm pivot mas been relocated to allow a longer swinging arm without increasing the wheelbase. 50 mm Upside down Marzocchi forks are fitted to the front and a fully adjustable Sachs shock absorber is fitted to the rear. Ride height is adjustable. Twin 320 mm disc brakes are fitted on the front with radial Brembo 4-pot calipers, and a 210mm rear disc with Nissin 4-pot caliper on the rear.[60] The bike was available in pastel red/metallic silver, gloss black/matt black or titanium grey/admiral grey[62] and was 10 kg lighter and 40 mm narrower than its predecessors.[60] In 2013, the F4 received a 195 bhp version of the short-stroke "Corsacorta" engine that had previously been used on the F4 R and F4 RR models.


To help you find the best parts for your MV Agusta F4 1000 take a look below at a few suggestions chosen from our stock of high performance parts.