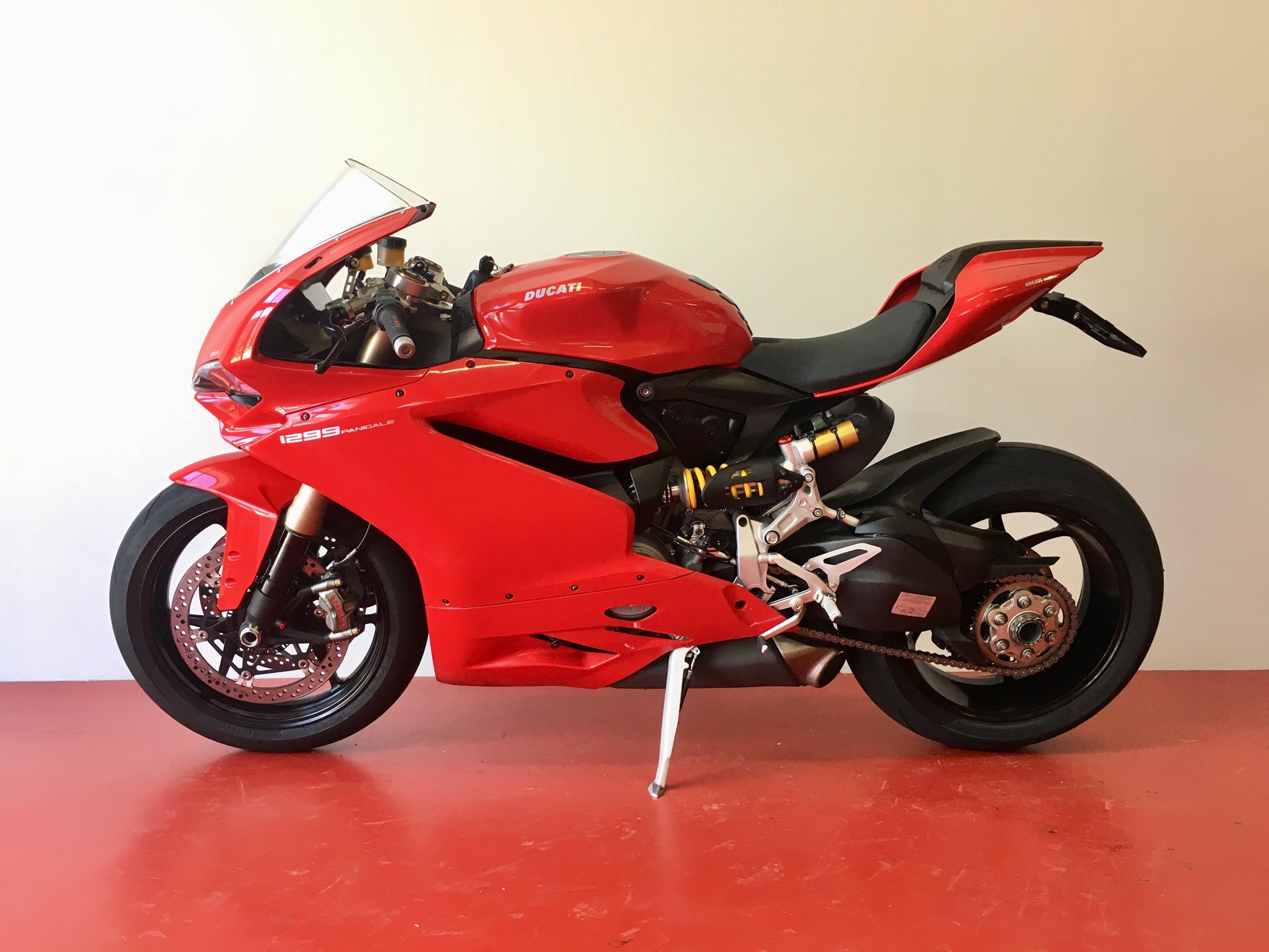 The 1299 wheelbase remains the same at 1437 mm. The base version retains front forks by Marzocchi and Sachs shock absorber; The S variant has new semi-active Öhlins Smart EC suspension that can be switched between different driving modes to match road conditions.

The entire range is now equipped with new generation of electronics, including a new IMU, racing ABS and anti-wheelie. Switchable riding modes and traction controls, similar to the old version, have been ported over onto the new platform.


To help you find the best parts for your Ducati 1299 Panigale take a look below at a few suggestions chosen from our stock of high performance parts.