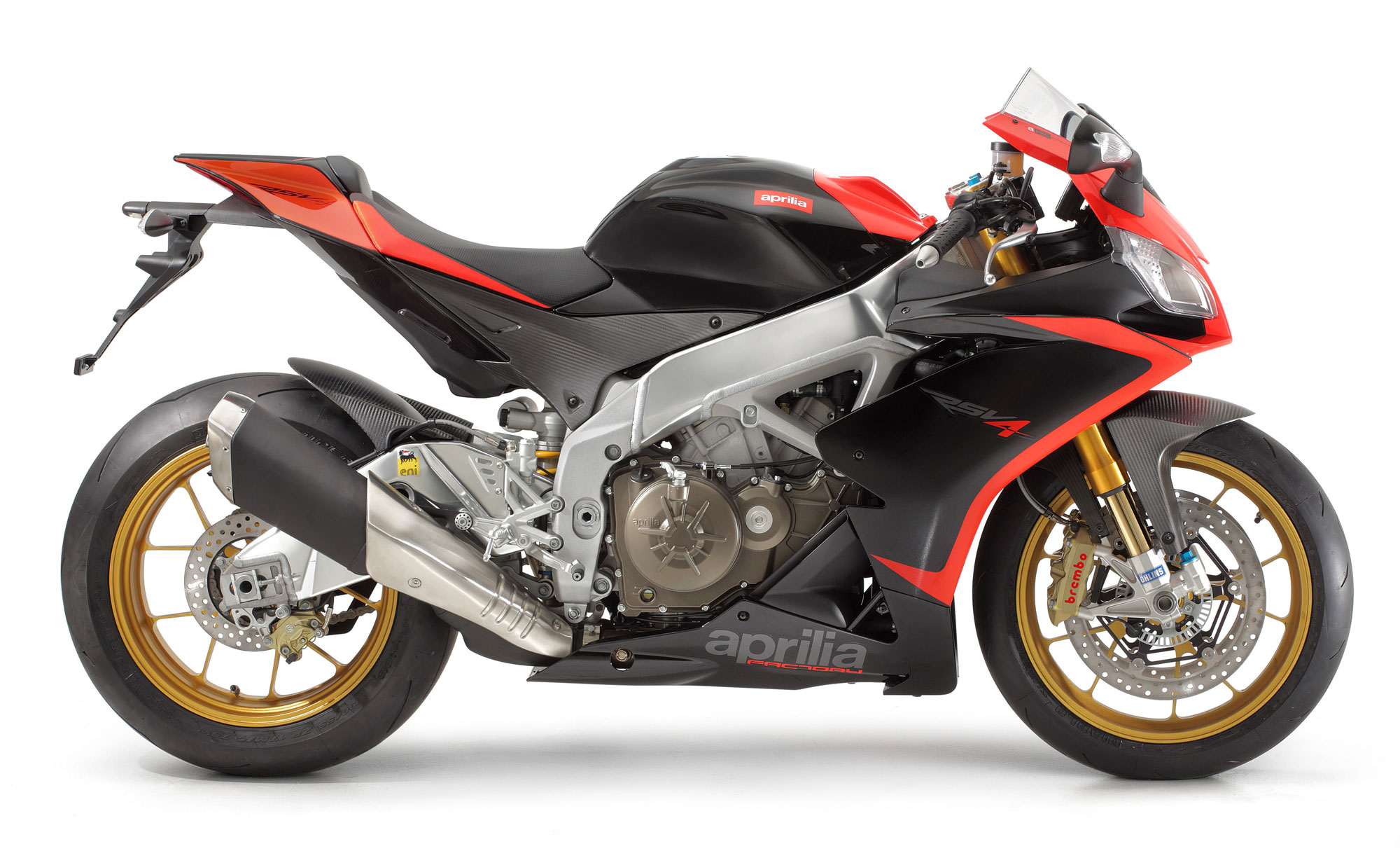 The Aprilia RSV4 is a super bike manufactured by Aprilia. The RSV4 is Aprilia's flagship model. Aprilia offers two models of the bike: the RSV4 Factory and RSV4 R.[3] For 2016 it is offered in two models the RSV4 RR and the limited-edition RSV4 RF. The 2016 updated bike was made to take advantage of and comply with this year's Superbike rules which state that fewer modifications are allowed for production bikes. It has more power, is lighter, and has improved handling and electronics.[2]

Production of the motorcycle began in 2008.[4] The motorcycle was unveiled on 22 February 2008, at the International Piaggio Group Convention in Milan, Italy. It is powered by a 65-degree 999.6 cc (61 cu in) V-4 engine, the company's first production four-cylinder engine.[5] Aprilia claims that the new engine was designed specifically for superbike racing and that the engine will produce over 200 horsepower (150 kW) in race configuration.

Aprilia launched the bike to race in the 2009 Superbike World Championship season.[4]


To help you find the best parts for your Aprilia RSV4 1000 take a look below at a few suggestions chosen from our stock of high performance parts.