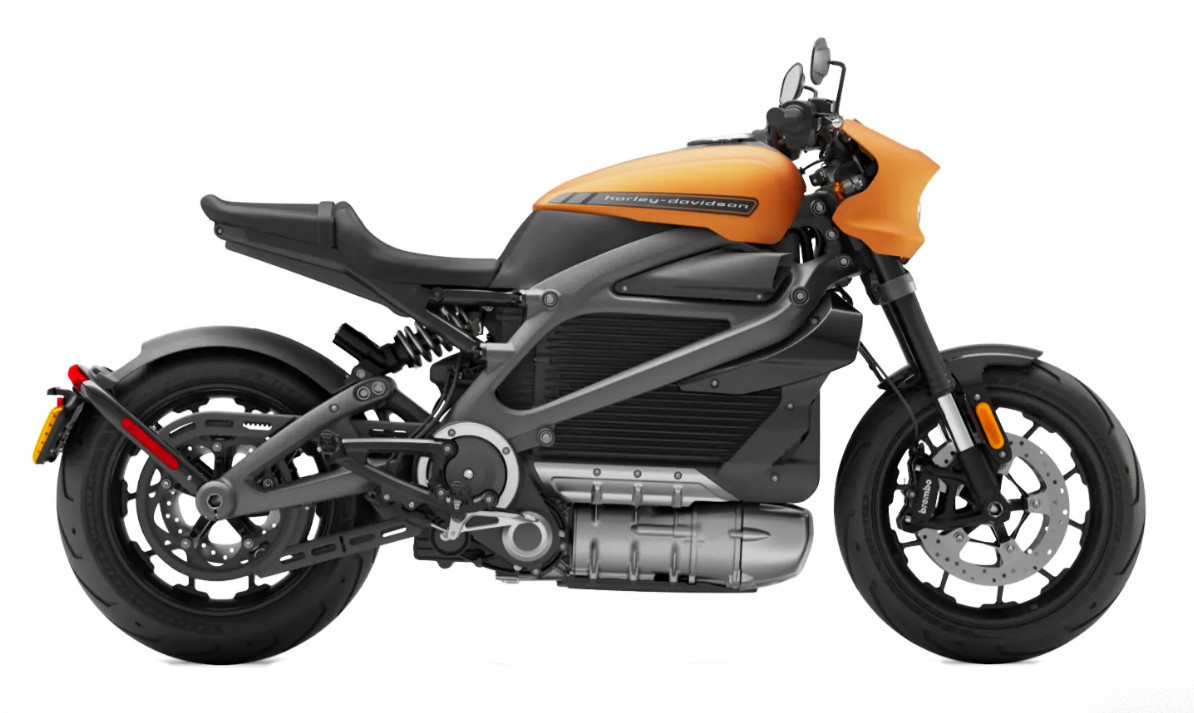 The LiveWire, released in 2019, targets a different type of customer than their classic V-twin powered motorcycles.

The LiveWire was first displayed to the media in June 2014. Prototypes were made available for public test rides at US Harley-Davidson dealerships later in 2014, then Europe and Canada in 2015. The LiveWire was inspired by the "Mission R" electric superbike, and the powertrains for the prototypes were developed in collaboration with its manufacturer, the electric motorcycle and electric powertrain technology company Mission Motors.

As the prototype was unveiled in 2014, the motor was to be mounted longitudinally, under the frame. A bevel gear was planned to change the direction of rotation 90° to drive a gilmer belt to turn the rear wheel. In the prototypes, the bevel gear gave the drivetrain a unique whirring sound, compared to the sound of a jet turbine, or as a writer for The Verge said, "like an oversized vacuum". According to Wired magazine in 2014, Mission Motors provided technical assistance on the motor controller.

In January 2018, Harley-Davidson announced that the motorcycle was entering production and would hit the market in 18 months. Preorders were planned for January 2019. The first deliveries were made in September 2019 but were temporarily halted due to an unspecified charging issue which Harley-Davidson resolved as of October 2019.