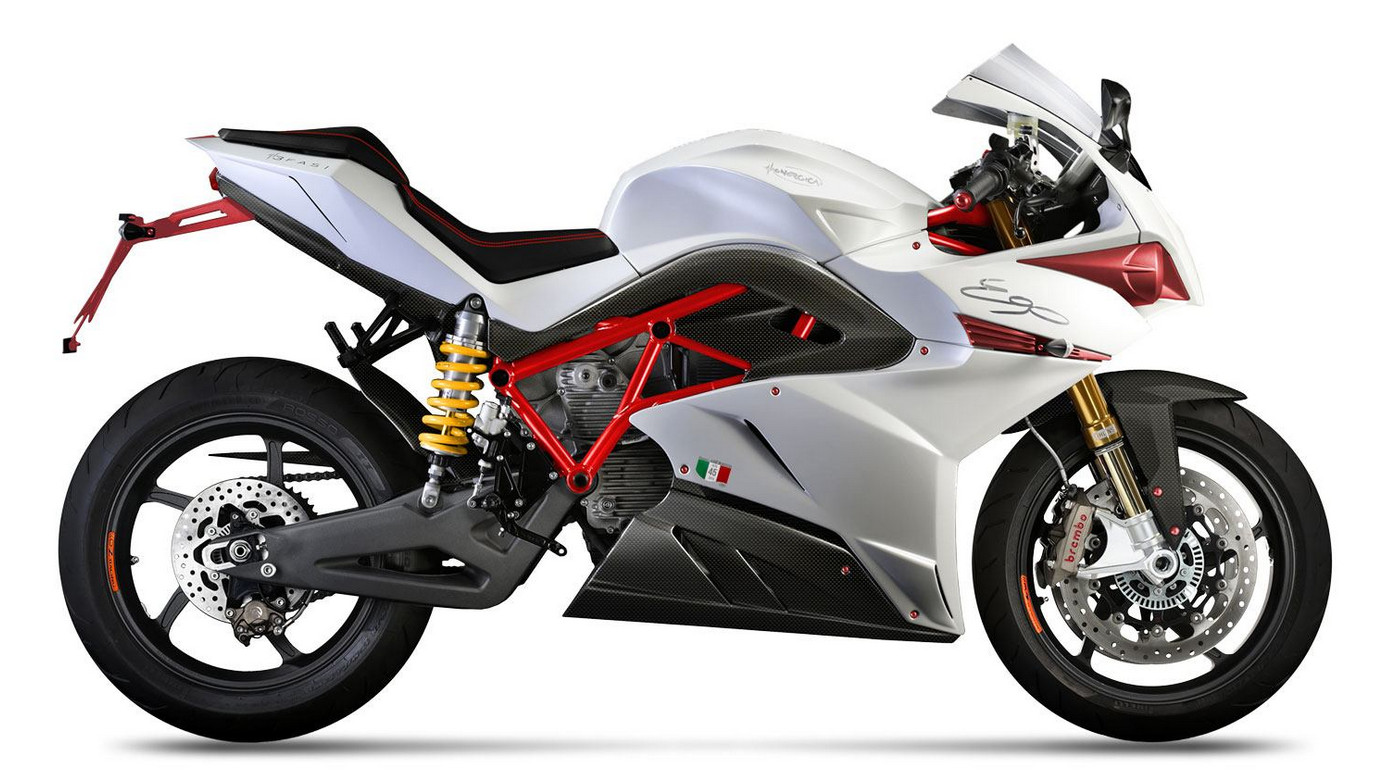 The Energica Ego is an electric sport motorcycle. It is claimed by Energica to be the world's first street-legal electric Italian sport motorcycle. The prototype finished in 2013 and the vehicle came into market in 2015.[1][2] The prototype was made with use of new technologies such as CNC and 3D-printing, including the dashboard and headlights which were 3D-printed.[3][4]

It has four-level adjustable engine braking, which is also regenerative.[8] The motor is situated near the cast aluminium swingarm and side mounted mono shock. Projector headlamps are used for headlights.[9] The dashboard is a 4.3″ TFT display.[9]

The Ego reaches 0-60 mph in 3 seconds - which is to be expected because of its electric motor. It has 43 mm Marzocchi suspension in front along with parking assist and Brembo brakes with features such as ABS and anti-rollover systems.[6] Due to the heavy weight of the bike, it's difficult to do wheelie or shimmy on it.[8] Also, according to some reviewers, the suspension is relatively softly calibrated. It has a controller named a "VCU" by Energica, similar to an ESC. It is claimed to be controlling all aspects - from battery to engine (including engine braking) by Energica.

The first prototype was finished by Energica in 2013, and the vehicle went into production later with sales starting from 2015. According to Top Speed, currently it is facing "Inventory shortage" as the production is less than demand.[14]

Single make electric motorcycle class (MotoE) will be added to MotoGP from 2019.[5] It will be a single make class, unlike race between different manufacturers. A performance oriented model Ego Corsa will be used for MotoE.[15][16]


To help you find the best parts for your Energica Ego take a look below at a few suggestions chosen from our stock of high performance parts.